A Self-Healing Mechanism In You

A Self-Healing Mechanism In You

A SELF-HEALING MECHANISM IN YOU ~ PASTOR CHRIS OYAKHILOME

Isaiah 53:5 says, “But he was wounded for our transgressions, he was bruised for our iniquities: the chastisement of our peace was upon him; and with his stripes we are healed.” This is one of the scriptures that many Christians use all around the world, to claim healing. In reality, however, the Prophet Isaiah was here talking to the Jews and not to Christians. He gives them a preview of the grace of the coming Messiah, and tells them, “…with his stripes we are healed.

Then the Apostle Peter, in his epistle, looks back at the Cross, and says “…by whose stripes ye were healed” (1 Peter 2:24). But he was talking to the Jews. He wasn’t talking to every Christian. The Jews were the ones under the covenant; the covenant of healing was for the Jewish Church, the Old Testament Church. They were the ones healed by His stripes.

The Church of Jesus Christ that was born after His resurrection, in the real sense, doesn’t require healing from God. The Church has a self-healing mechanism. What the Church received is eternal life; eternal life doesn’t need healing. Eternal life is the God-life, the very essence of divinity; life that is “uninfectable,” untainted with sickness, disease and infirmities. If you have eternal life, it doesn’t matter what trouble you may have in your body, if you’d stir up the gift of God—the life of God in your spirit—your whole body will be vitalized.

Our opening text says, “If the Spirit of Him that raised up Jesus from the dead lives in you, He’ll vitalize your mortal body.” The Spirit in you is life-generating. The Bible says the first man, Adam, was made a living soul, the second Adam was made a life giving Spirit (1 Corinthians 15:45). We’re not born after the first Adam; we’re born after the second Adam, Jesus Christ. Jesus never needed healing; and as He is, so are we in this world.

You have a life-giving Spirit resident in you. You were given a life that’s greater than healing. As long as you’re a babe in Christ, you’ll need healing. The Bible calls healing the children’s bread. When you come to maturity, you’ll give up childish things. You won’t be seeking healing. Rather, you’d say, “I’ve the life of God in me; therefore, I’ll never be sick.” And if you’re used to getting sick, say, “I’ll never be sick again, because I have the life of Christ in me.” Hallelujah!” 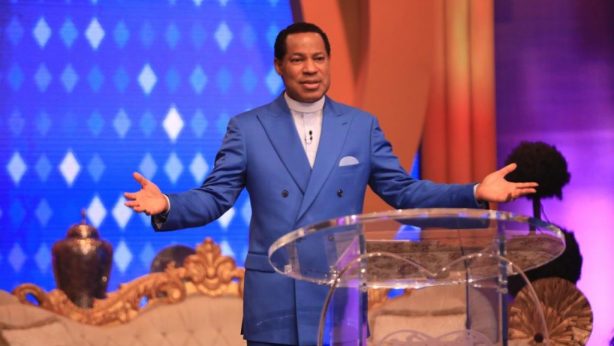 The Mystery of Christ Summary

[vc_row][vc_column][vc_column_text] The Mystery of Christ If you don’t know the...

SearchPostsLogin
The Mystery of Christ Summary
Don’t Neglect attending Cell Meetings
Pastor Chris Declares July to be ‘the Month of Productivity’ at Global Service
Global Day of Prayer
Year-Long Prayer Takes a Higher Dimension in June; ‘the Month of Prayer’
Your Loveworld with Pastor Chris